I’ve been a Bengals fan for about 20 years now. As a kid, I moved to Northern Kentucky from Michigan and was a Detroit Lions fan just long enough to not root or embrace any of the Bengals success in the 80s.

Now, after 20+ years of fandom, I’ve come to realize something very real – the NFL and the National Media hate the Cincinnati Bengals.

Now, don’t get me wrong. The Bengals have earned it. Not winning the big games or a playoff game in 27 years will earn you a poor reputation. Sticking with the same head coach year after year after year after year earns you some national digs. I used to look to nationally televised games or playoff games as a chance for the Bengals to earn their credibility. That maybe, just maybe, the media and the NFL will show them some respect if they win some of these big tilts.

I’ve come to understand … this will never happen. Even if the Bengals win.

The NFL and media love kicking the Bengals. It gives them so much pleasure. I think it’s an inside joke that they just love kicking the dog that’s down. Cincinnati has a small enough market where they feel like they can get away with it. As a bonus, it will make Steelers fans happier.

As I woke up this morning with my coffee and decided to enjoy a bit of the 34-23 win over the Indianapolis Lucks, I went to the NFL app to look at the headlines. Here’s what I saw:

First shot are the top headlines on NFL.com. Of course, you might expect to see a headline like our own Lance McCallister tweeted, “Down by 13, #Bengals score 24 straight points to win it….on the road.”

Ha ha! Yeah, right. Typical chump Bengals fan pipe dream. Instead, here’s what you get with the top headlines: 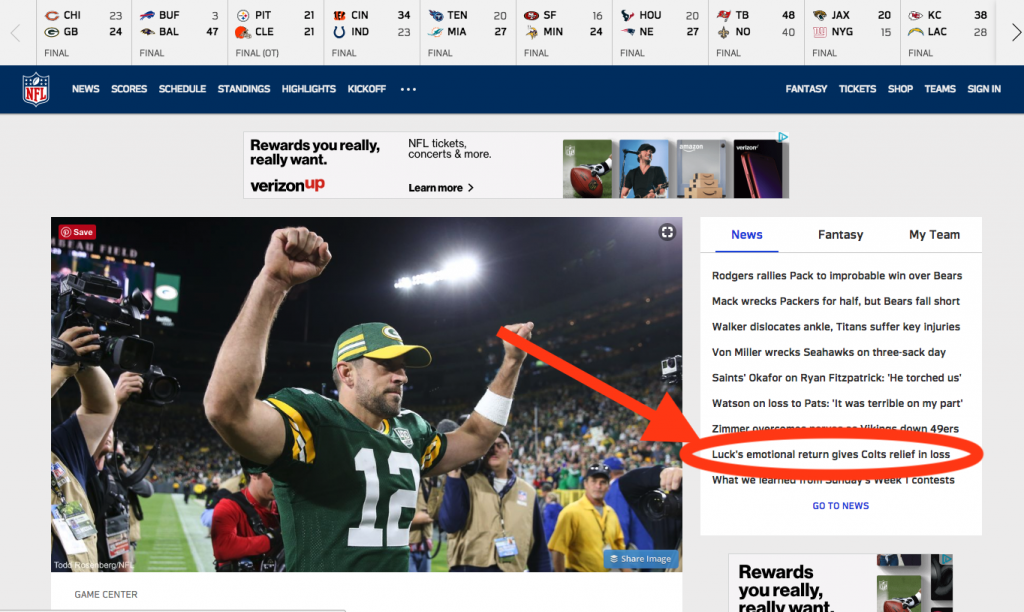 Luck had an “emotional” return and gives Colts relief in loss. Wait … who’d they play again? Oh yea, don’t mention them. Let’s scroll down because surely, there will be some mention of the Bengals’ resilient win somewhere on the home page, right??? 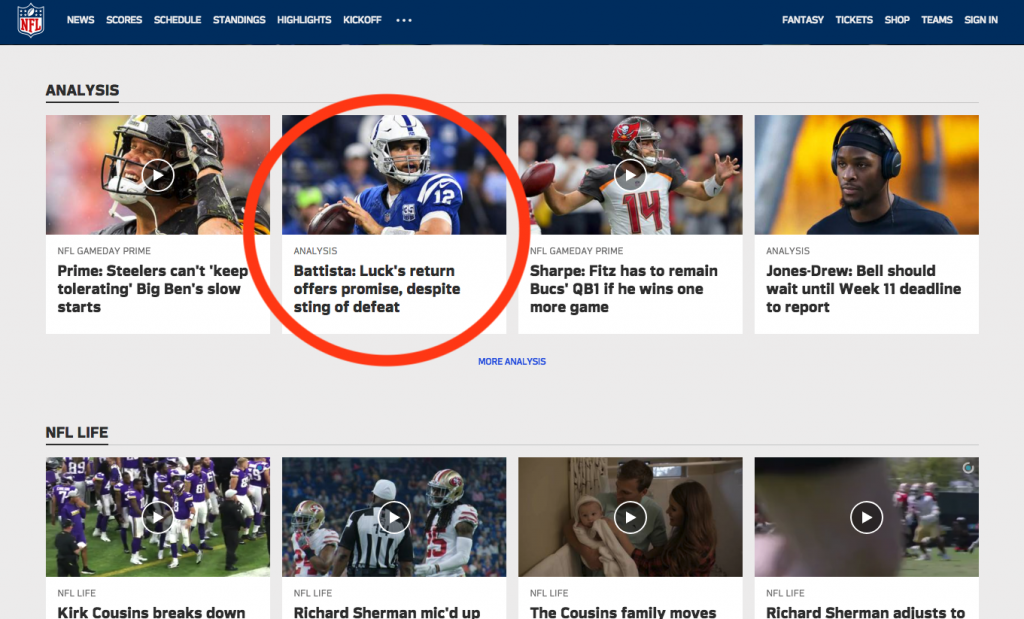 Well, OK. No homepage love. Let’s go to the What We Learned from Week 1 article. As a Bengals fan, we can count on getting some tasty nibbles about Andy Dalton overcoming an early interception to spread it out, or the turnovers produced by Teryl Austin’s new ball hawking defense, or the deep D-line and how they were effective later in the game, or John Ross’ first TD, or Andy’s great deep ball to AJ, or backup safety Clayton Fejedelum’s heroics, or Joe Mixon showing what D’s may need to be afraid of all year. Right? … Right??? 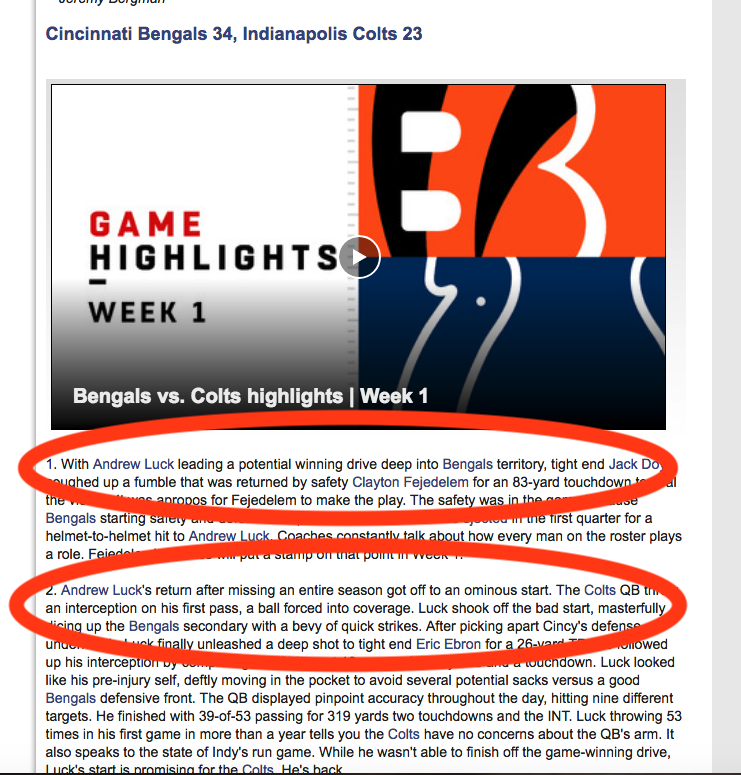 Oh, it looks like some guy named Andrew Luck played yesterday. I’m not sure which team he played though …

Ok. So, maybe our win and good takeaways didn’t make the homepage or the what we’ve learned article on NFL.com, but have no fear because we can always go to the Bengals’ individual page that NFL.com so graciously allows us Bengals fans to enjoy. Now, we can check out all of the good news of the Bengals’ road win, how we are shaking off the past 2 years and on our way to the playoffs baby!!! We can get some good news on our own page, right? Right? 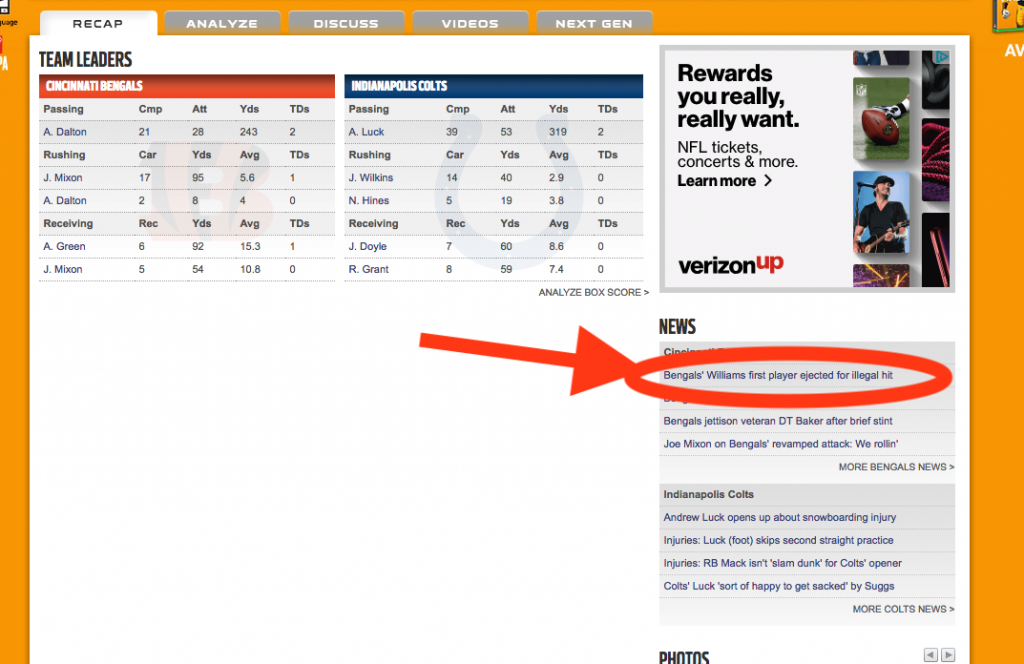 Well, that’s ok. ESPN will show us some love. They have always proven to be so encouraging of the Bengals … 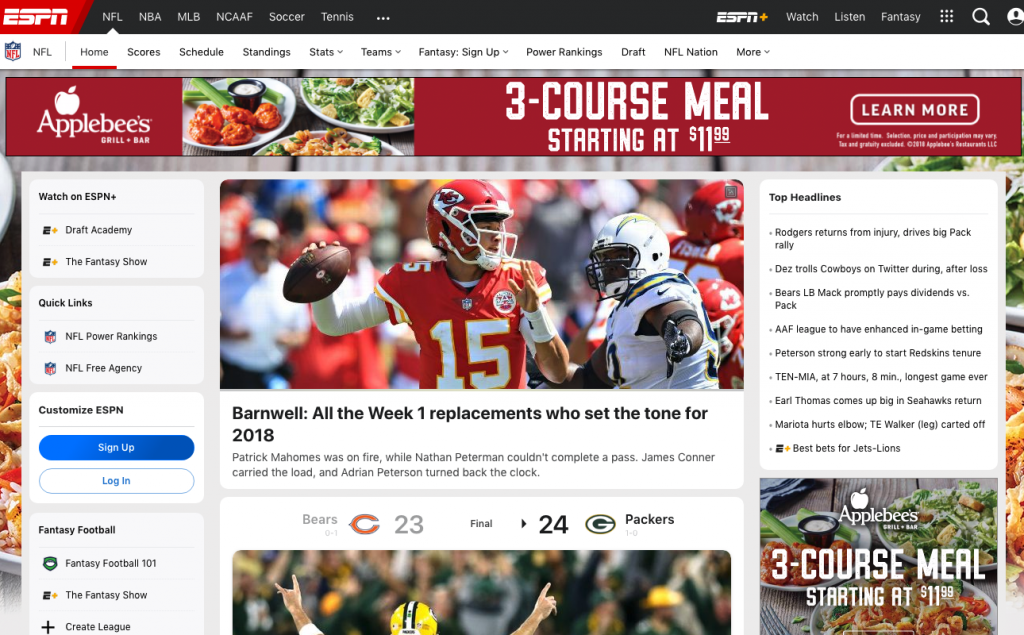 Ok, we’ll just scroll down the page here a bit …

No problem. I’m sure CBS.com has some nice things to say. 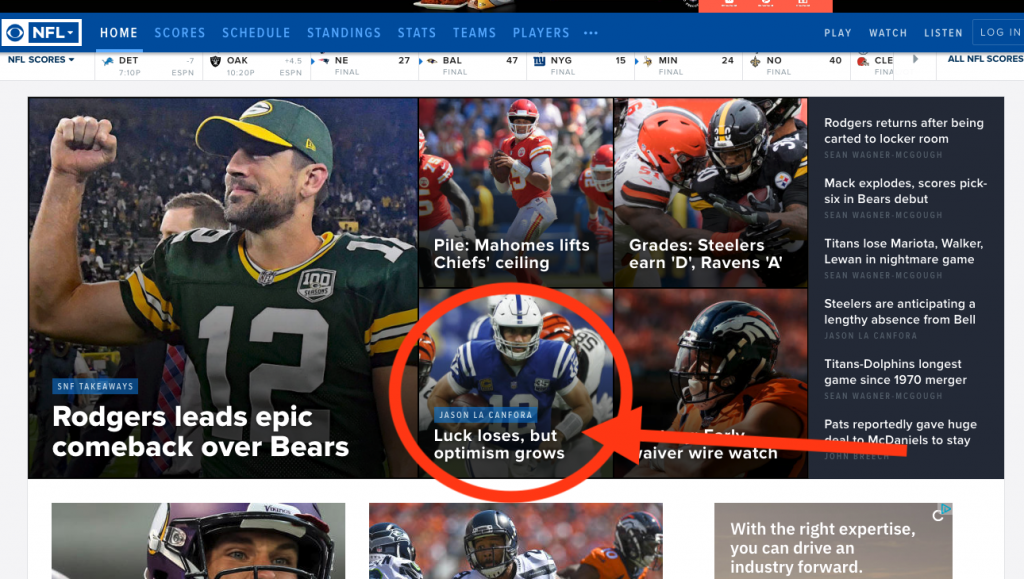 Hmm… Well, maybe it’s just a Week 1 fluke. I’m sure that’s what it is … Or maybe, the NFL and National Media hate the Cincinnati Bengals.

Tune in for future weeks as we document the NFL’s love fest for Aaron Rodgers, the Steelers, and even the Cleveland Browns over our beloved Cincinnati Bengals.

**Yes, this is a real estate website, but I’m also a huge Bengals and Reds fan. Not sure if I’ll get to this every week this year, but instead of whining about it, I’m going to finally have some fun with the national disses on my hometown. 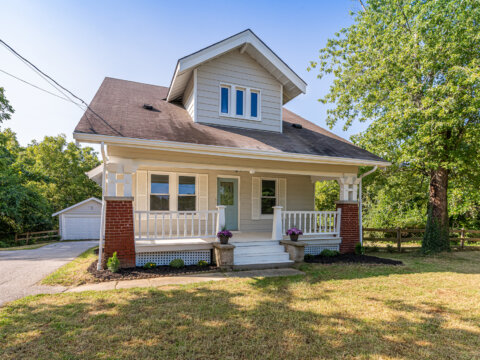 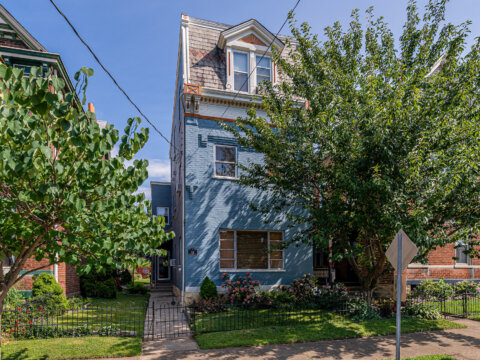 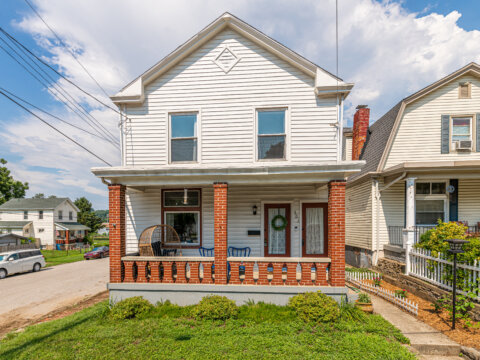