So how long is it going to take to build a house in NKY? That’s what we’re going to talk about in this video. 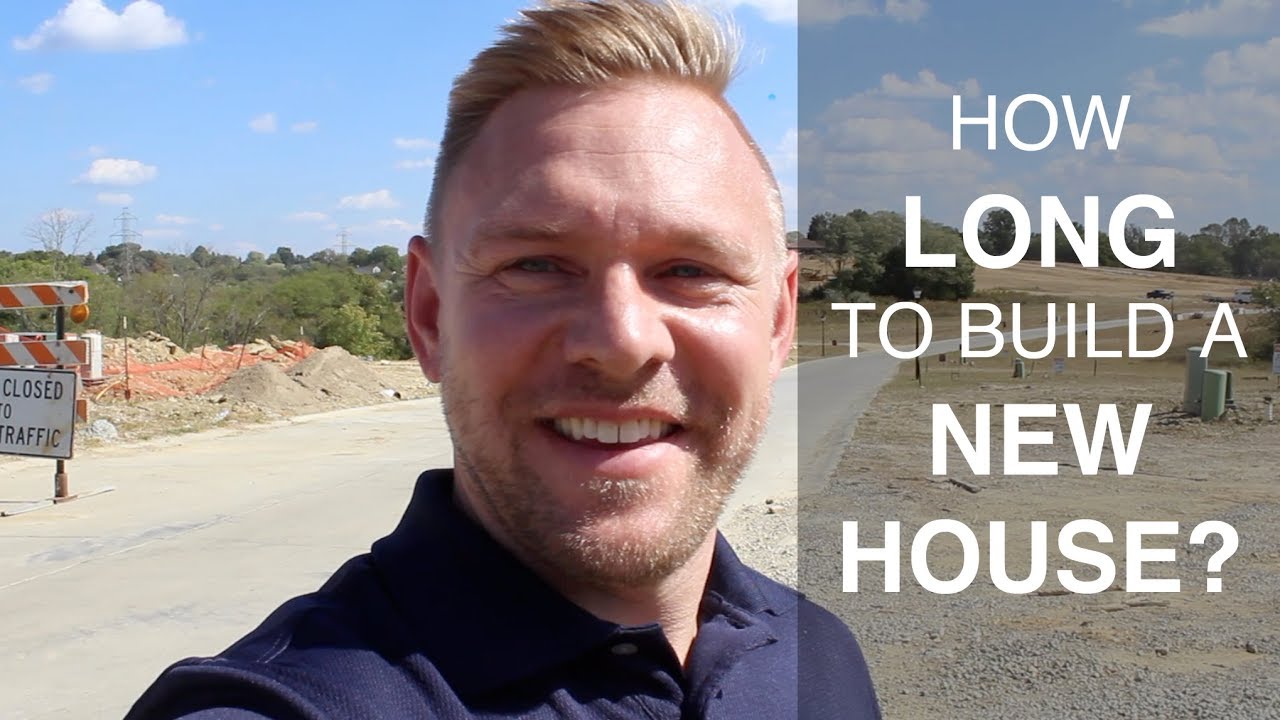 How Long Does It Take to Build a House in Northern Kentucky or Cincinnati?

Hey guys, welcome back. It’s Eric Sztanyo with Keller Williams Realty and teamsztanyo.com, where we are helping families find their way home. And today we are out in the field and we’re actually in a new development out in Alexandria, Kentucky that’s being developed by Fischer Homes and by Drees. We are in the Arcadia subdivision out here, right off of US 27.

Well, I just finished talking to a bunch of Fischer reps or to two Fischer reps, I should say, and I asked them this question specifically. They get it all the time, of course. And really the answer depends on a few things, but it’s going to range between probably five to eight months.

Depends On … 1. The Style of the Home

Now a couple of things it’s going to depend on. Number one is what style of home are you getting? If you’re getting maybe more of the base model homes that doesn’t need as many customizations, what they told me is that’s going to take about five to seven months to build. Now, where does that timeframe start? That timeframe starts from when you sign the contract. That’s when the clock starts ticking. When you sign the contract and you decide, “I’m going to buy this house with you, Fischer,” or Drees or Arlinghaus or any other builder in Northern Kentucky. Okay, so that’s the first thing. 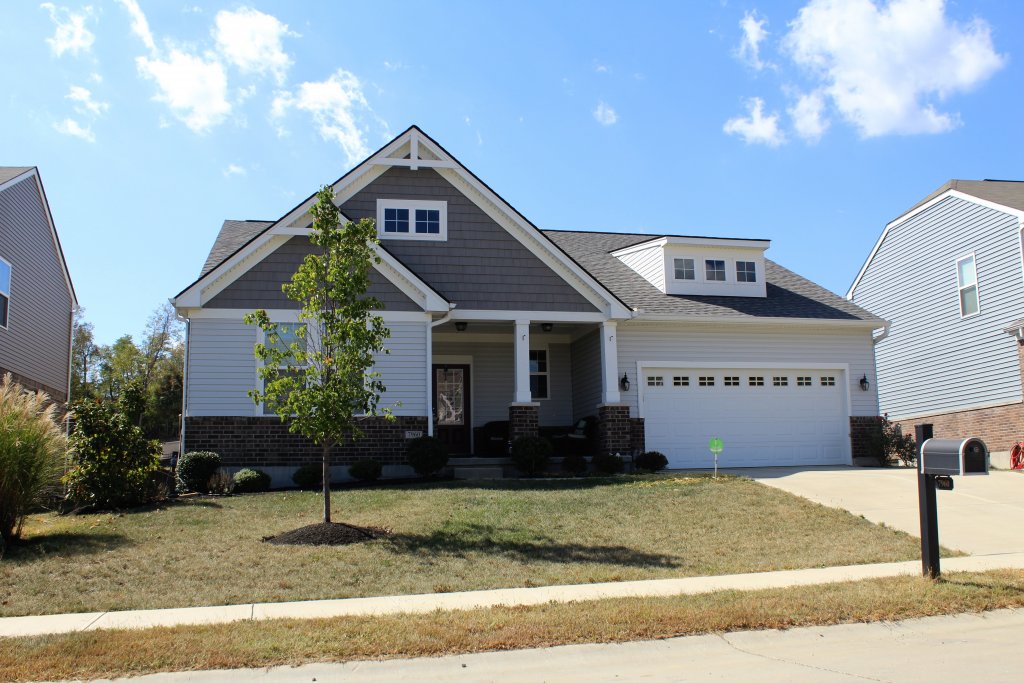 Depends On … 2. Your Level of Options

The next thing might depend on the level of options you choose. So let’s say you choose a finished basement. That might take a little bit longer. Let’s say you just have more customizations in the home. Certainly that can add a little bit of time to the process.

Depends On … 3. The Size of Your Home

The third thing might be the size of the home itself. So if you’re buying one of the higher end models or that has more square footage, the range that, again, the reps at Fischer told me today was six to eight months. So you’re buying a big home on the high side, you’re looking at eight months.

The last thing they told me is certainly that range is going to depend … It’s going to be weather dependent. So it might take a little bit longer to build your home in the winter as opposed to if they were only building in, let’s say, summer and fall or something like that where they can … the building’s a little bit easier. They’re not hitting any snow delays or even rain delays in the spring.

Now, one thing they told me, not to set your expectations too high, but just to give you a little bit of extra insight here, is I asked them about that range. Okay. I said five to seven or six to eight. Are you trying to set that expectation a little bit lower so that you’re over promise, or under promising and over delivering? They said, “Yeah, basically we like to come in at that lower range if we can.” So it’s possible you could get into the home closer to that five to six month mark. So, that’s it. If you’re looking to build a new house, that’s probably what you can expect in that range, anywhere from five to eight months. So you can get yourself ready, get your home ready to sell so you can buy the new home.

In another video, we’re going to talk about what to do in between times when you need to get out of your house and get into that new house. (We have an entire playlist on New Construction Homes in NKY on our YouTube channel.) We’ll help you out with that.

But in the meantime, my name is Eric Sztanyo from teamsztanyo.com. We specialize in new construction sales in Northern Kentucky and Cincinnati. So if you’re looking to buy a new home and you need a buyer’s agent to help represent you in the process, give us a call or go to our website at teamsztanyo.com. Thanks so much for watching guys. We’ll see you next time. 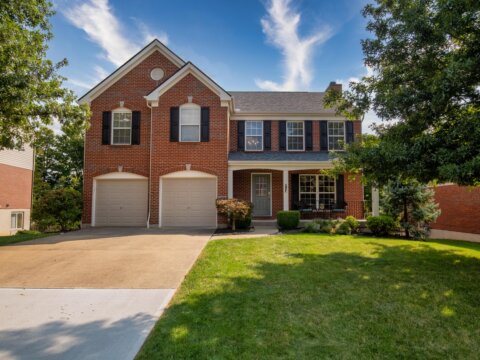 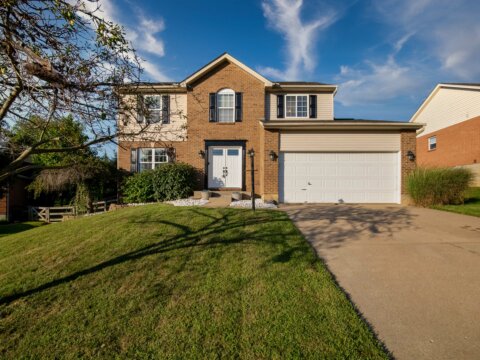 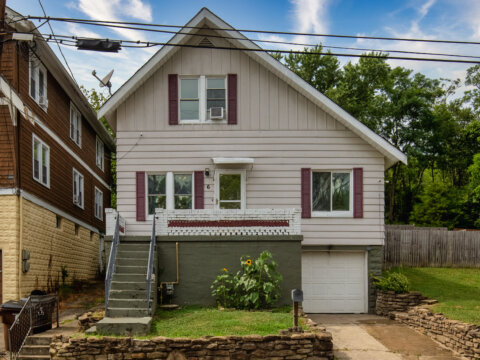 How Much Is Your Cincinnati Area Home Really Worth?

Fill out the short form below to get a FREE 100% Accurate Home Value Report for your Cincinnati area house with up to date nearby "sold" data and our recommendation on the trend of home values in your neighborhood.